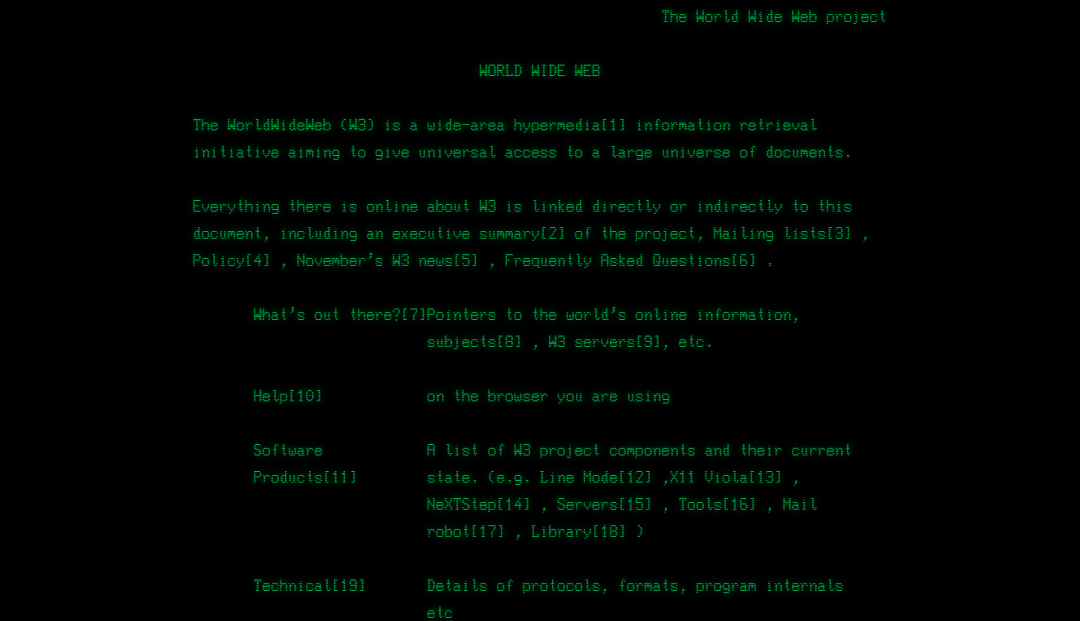 Post by Daniel Villar-Onrubia, originally published on the 29th of March 2019 on the blog of the Open Education Working Group.

This month [March 2019] it is 30 years (CERN 2019) since Sir Tim Berners-Lee came up with his idea for an ‘information management system’ that effectively set the ground for the hyper-connected world that a considerable part of the global population now live in (thought still not truely worldwide). Originally conceived to facilitate knowledge sharing across scholarly organisations, the World Wide Web (WWW) has quickly permeated all areas of everyday life.

Current discussions around openness in education tend to put a lot of emphasis on copyright and open licensing. Actually, this is the main aspect underpinning most popular definitions of ‘Open Educational Resources’ (OER), a concept that is core to contemporary interpretations of the broader concept of Open Education. Whereas the open licensing of content is indeed a rather topical issue due to the increasingly restrictive nature of copyright legislation and the rather narrow scope of copyright exceptions in many countries, the openness of online infrastructures surely deserves more attention when it comes to discussing teaching and learning in a networked world and open knowledge sharing practices.

This post addresses the value of the Web as an enabler of open knowledge, discusses some important threats and reviews some activities and resources produced as a result of the Open Web for Learning & Teaching Expertise Hub (OWLTEH), an initiative I initiated last year with Lauren Heywood – throughout the 5th cohort of the Mozilla’s Open Leaders Programme – in collaboration with other colleagues from the Disruptive Media Learning Lab and a wider network of contributors.

Openness and the (World Wide) Web

Building on the global infrastructure offered by the Internet, three decades ago Berners-Lee- created a set of protocols and standards that made it possible to easily share and retrieve information by means of a network of hyper-linked documents (CERN n.d.). The HyperText Markup Language (HTML) and the Hypertext Transfer Protocol (HTTP), along with a system of resource identifiers, are the main building blocks of what quickly became arguably the most open medium for distant communication humanity has ever seen.

The World Wide Web is often referred as the Open Web to emphasise how opennsess is intrinsic to its underpinning principles. First, it was originally conceived as a system to share information publicly, making it available to anyone with access to the Internet for free, unlike closed private network systems such as CompuServe. Second, the Web prompted a new media landscape where consumers of content had also the possibility to become producers, so the restrictions of one-to-many and one-to-one ways of communicating could be subverted to, at least potentially, enable more participatory cultures.

Last, but definitely not least, just a few years after its invention, CERN dedicated all the key Web software components to the Public Domain, applying open licences to subsequent releases and eventually moving to a Copyleft model of licensing (Tim Smith & Flückiger n.d.). Free and open-source software is still a core principle of the main building blocks underpinning the Web these days (e.g. HTML, CSS, SVG):

“The Open Web Platform is the collection of open (royalty-free) technologies which enables the Web. Using the Open Web Platform, everyone has the right to implement a software component of the Web without requiring any approvals or waiving license fees.” (W3C Wiki 2015)

However, there is a growing concern on how discrete online platforms that operate as ‘walled gardens’ are hindering the Open Web. As Dries Buytaert, founder of Drupal, puts it:

A report recently published by the Web Foundation identified the increasing concentration of power in the hands of just a few major global actors as a major threat to the ethos upon which the Web was originally built.

“While the web was created to be a decentralised platform where everyone can contribute and no single creator has a built-in advantage over the other, web activity has become dominated by a shrinking number of powerful companies that are able to wield significant influence over what we see online — and what we don’t. The growing imbalance between individuals and these powerful actors threatens to limit and undermine the power of the free and open web” (Web Foundation 2018)

It is not just the high concentration of visibility and power that is concerning, but also the fact that those actors tend to rely on business models that most often involve tracking and profiling users, who become the actual ‘product’ sold to other corporations that pay for targeted advertisement.

“A future without an open Web is a future of radical fragmentation, one in which people are increasingly isolated from one another, marooned on incompatible digital islands, and beholden to those with the power to determine what everyone reads, studies, watches, and says (and, similarly, who’s allowed to read, study, watch, and speak). It’s a future in which people can’t engage in basic interactions without first releasing details about their identities to multiple stakeholders capable of tracking their activities and tailoring their potential views of the world.” (Behrenshausen 2017)

Instead of starting the OWLTEH journey with a narrow or prescriptive definition of the term ‘Open Web’, we chose to embrace its vagueness and multifaceted nature by encouraging contributors to follow their own interpretations of the term, specifically in the context of teaching and learning. At the same time, we highlighted the importance of openness as part of the underpinning principles of the Web as originally conceived by Berners-Lee (2017): “an open platform that would allow everyone, everywhere to share information, access opportunities, and collaborate across geographic and cultural boundaries.”

Sites like Wikipedia – and the wider family of Wikimedia projects –, Archive.org and repositories of OER are quintessential examples of the Open Web as a resource for learning, open educational practice and reducing gaps re access opportunities to knowledge. They offer ways of finding and sharing knowledge without requiring users to pay – apart from the cost of getting online in the first place – and do not monetise them through targeted advertising either. In addition, by making use of open public licences they can enable not just the consumption of content but also reuse and repurposing in different ways.

Likewise, self-hosted websites and web publishing tools, such as free open source Content Management Systems (e.g. WordPress.org), are often regarded as instances of the Open Web that offer valuable opportunities for learning and knowledge sharing, even though someone will need to cover the cost of web hosting and domain names. Examples of educational institutions providing students and/or educators with web hosting space include the Domain of One’s Own approach, academic blogging platforms or the “Prof. Dr. type” of webpage, as defined by Olia Lialina (2010), created in the early days of the web by academics who had access to hosting space from their universities.

Platforms like Twitter or Google HangOut, as well as hosted web publishing services (e.g. WordPress.com), are also often regarded as instances of the open web that can offer valuable opportunities for learning and teaching. The argument for this is that despite commodifying users’ data and their reliance on targeted advertising to offer a “free” service, they can enable educators and learners to publicly share information and engage in distributed conversations.

In this regard, instead of thinking in binary terms (open web vs. closed web), it is important to recognise there are several degrees of openness and even various ways of measuring it as there are diverse possible interpretations of the concept. When thinking of the Open Web for knowledge sharing, some people will prioritise the use of open public licences or the use of open free software, while others might associate openness with the convenience (or only possibility) of having access to tools that can be used to share information and communicate without having to go through a paywall.

As part of OWLTEH, we are building a collaborative catalogue of Open Web instances (e.g. tools, platforms, webs, etc.) that can be particularly valuable for learning and teaching: http://catalogue.owlteh.org

We have also created a collection of short videos with experts sharing their views on the Open Web as well as inspiring examples of its use in educational contexts: http://perspectives.owlteh.org/

In addition to those online resources, in October 2018 we hosted a MozFest fringe event along with Jim Groom (Reclaim Hosting) under the theme of ‘Learning on/with the Open Web’ (OWLTEH18). You can find abstracts, photos and recordings here at https://www.conf.owlteh.org/

Information and media literacy have been traditionally concerned with fostering a critical evaluation of content; what Howard Rheingold calls, borrowing Hemingway’s words, ‘crap detection’. Likewise, due to the heavy influence of Critical Theory in the formation of Media Studies as a field of research, a considerable amount of attention in media education has been paid to power dynamics by focusing on the “analysis and questioning of domination, inequality, societal problems, exploitation in order to advance social struggles and the liberation from domination so that a dominationless, co-operative, participatory society can emerge.” (Fuchs 2011: p.19)

Despite the initial tendency of Digital Literacy frameworks to focus primarily on functional or technical skills (i.e. pushing buttons), other dimensions concerned with the social, cultural, political, economic and ethical implications of technology have gained ground to a considerable extent. For instance, safety and well-being are now a core component of some of the most prominent frameworks (e.g. Jisc Digital Capability, DigComp). And a recent report on Digital Skills for Life and Work published by the Broadband Commission for Sustainable Development (2017) even explicitly used the notion of critical digital literacy as a “set of specific understandings and a disposition towards the politics of the digital society and digital economy” (p.32).

Approaching digital literacies from a critical perspective requires contextualising practices within the complex ‘political economy’ (Taffel 2014)  of networked societies and, therefore, gaining awareness of what we give away when using online infrastructures in exchange for the possibility of accessing information, communicating and participating within geographically distributed communities. As David Buckingham (2018) warns:

“We are steadily moving towards a situation where the circulation of media is controlled by a very small number of global monopolies. ‘Participatory’ media operate according to a very different business model from that of older ‘mass’ media; but it is vital that we understand how this new data-driven economy works.”

Exploring the Open Web – both as a concept and knowledge infrastructure – offers valuable opportunities for the development of a more critical kind of digital competence, enhancing the ability to engage effectively but also ethically with the current social and technical ecosystem. Moving beyond prescriptive and normative views, to favour dialogue and questioning instead, is essential.

The cited URLs have been saved on the Internet Archive Wayback Machine to make sure they can be consulted in the future even in case the original sources are no longer available at some point.